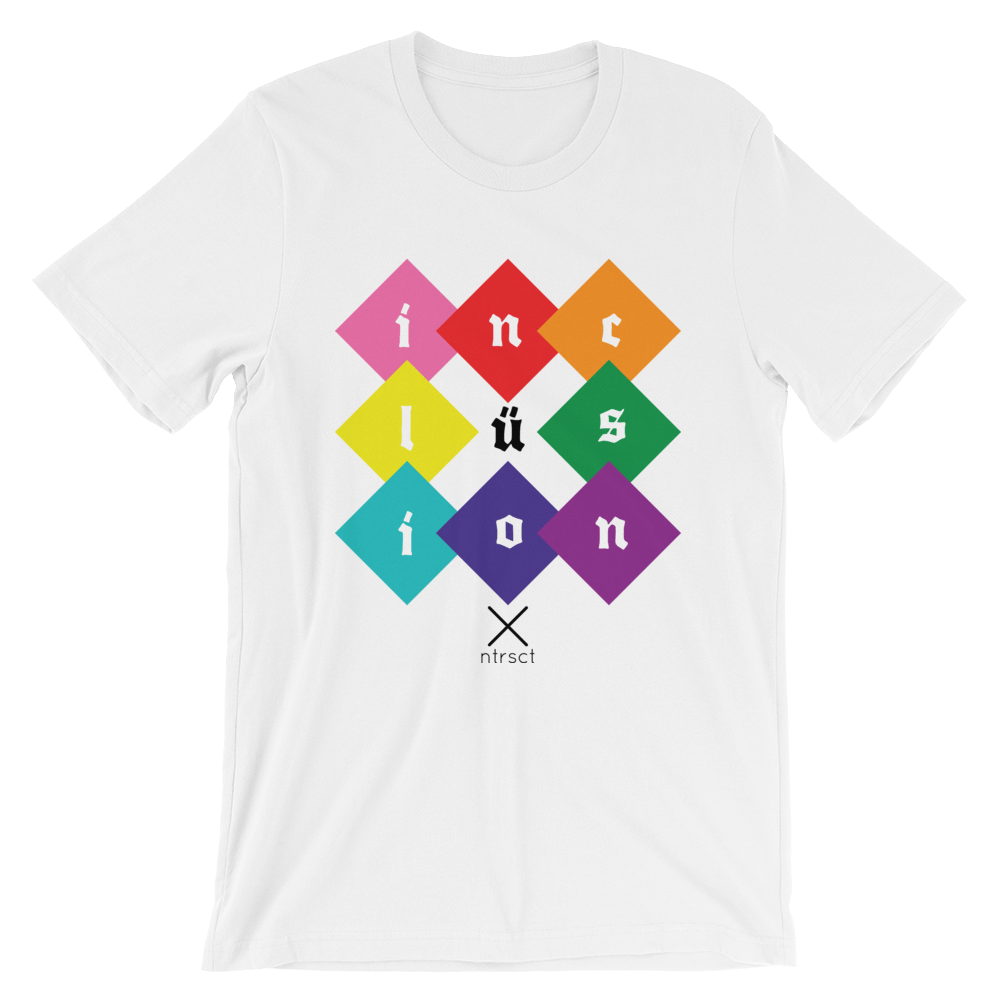 Slim fit. All sizes are adult unisex. Free shipping within US. All sales are final.

This special "Pride Edition" of the Inclüsion tee honors diversity among the LGBT+ community for the month of June which is officially LGBT Pride Month. The colors used for each diamond represent the original 8 colors of the rainbow flag of the LGBT movement designed in 1978 by Gilbert Baker. The diamonds represent the pluralism the LGBT+ community is known for and universal love for humanity.

This design started with the feeling of being the black sheep of a social group. Just like the story of the lion raised by sheep, it didn't belong in that group. Why not? It was actually a "white sheep" amongst a group of "black sheep", it was a totally different breed. So of course it was never supposed to fit in!

The letters spell out the world inclüsion, with an umlaut used instead of a regular letter u because it also looks like a smiley face. An X is created by the space between the diamonds, which represents the ntrsct logo. Ü (you) are at the center of that intersection.

0
Your bag is empty
Start shopping